The Beautiful Game – The Second Half

Home Articles The Beautiful Game – The Second Half
by TinyTeddyJanuary 1, 2022December 27, 2021

There have been many times in the football world when you have to just say “You just couldn’t write this stuff”; first that comes to mind is Leicester City winning the Premier League in 2016, having finished the previous season 14th (their first back in the top league after a 10 year hiatus), they went on to top the league with only three losses. A big Cup upset was Wimbledon beating the newly crowned Liverpool 1-0. This not only won Wimbledon the FA Cup but also stopped Liverpool being the first to win the double twice. I’m guessing the biggest international upset was England beating (West) Germany in the 1966 World Cup (only kidding!)

A dramatized retelling of probably one of the best Goalkeepers of his time, if not the best Manchester has ever seen, Bert Trautmann.

The story tells of his rise from German soldier to local goalkeeper onto making his name at Manchester City. Obviously this is more a story about his life and loves rather than his footballing career (it is not ignored more side-lined), but it is an interesting film especially if you know little or nothing about the man. Alright the time line is slightly wrong and a few points are missing but this film is mainly centred on his rise from soldier to Man City keeper, who won a Cup Final with a broken neck.

If I hadn’t wanted to write this footballing article I probably wouldn’t have watched The Keeper, I’m not really into biographical films, but I’m glad I did. Being a footie fan I knew of Bert Trautmann and his Cup Final heroics but this film made me want to look a little more into the man behind the headlines. The film itself stops a little after the 1956 Cup Final but there was a lot more to his life than it shows, although the biographical ‘vanity cards’ do tell us a little more.

People say that football brings people together but it is rare that you could say that one man did – Bert Trautmann was awarded the Order of Merit of the Federal Republic of Germany as well as being appointed an honorary OBE both for his work in Anglo-German relations. As Bob Wilson tweeted, after Trautmann’s death in 2013, “Amazing man who helped bring our warring countries closer together”, and when you watch the way he was first received, not just at his first club but also at Manchester City, to the way he became a footballing hero you can see where Bob is coming from.

A dramatization of probably the most famous incident in footballing history, the Munich air crash.

Most of us know the basics – Manchester United, returning from a European Cup game in Belgrade, were on the plane which crashed on take-off killing twenty of the 44 people on board including members of the team. But what most of us don’t know (if this film is to be taken as a true representation) is that Manchester United might not of had the chance to become the big club we know now because they could not have continued to play without buying players to replace those they had lost in the crash or that Bobby Charlton may never have become the great Man United legend he did afterwards because he was tentative about returning to football without those players who died.

The film is seen through the eyes of a young Charlton, from his eagerness to join the team to his reluctance to restart playing, and Jimmy Murphy, the team manager. From the opening scene, panning along white snow littered with buckles and gloves, we are transported back two years to a young Bobby pleading to be picked for the first team, then we move forward with the ‘Busby Babes’ and their progression to Europe and the crash. The music, the acting and the cinematography all combine together beautifully to build the tension for the crash – the loud tick of a clock intensifies as the screen goes black and we are taken back to the opening shot and the Football League expressly forbidding them to go.

Unlike today, where external competitions are welcomed as they bring financial support to clubs, everything was different in the 50s – the Football League thought the new European Competition was detrimental to the league, which should be every clubs priority, and “they would not be held hostage” to Manchester United’s “jaunts” therefore would not change the fixtures list. You could say it was this defiance that killed eight players, three staff and two Manchester journalists because if the League had been more flexible Sir Matt Busby would not have chartered the plane to get them back to Manchester for the 3pm kick-off that Saturday.

This film depicts the story of Brian Clough and his forty four days in charge of Leeds United in 1974.

Most people know of Brian Clough, “the greatest manager England never had”, and his notoriety for being outspoken but probably only ardent fans know of his skills as a football manager with Derby County. The man took them from Second Division stragglers to top of the First Division in his six year tenure.

This is a good film with some big named actors, who do not distract from the story, but I personally found it a bit harsh on Brian Clough. I hasten to add that this film is based on a book of the same name whose publishers were taken to court for misrepresenting some of the people it depicted and maybe if the film took a slightly different approach I may have enjoyed it more. I found a lot missing from the story – where was Clough’s wife and daughter during his time at Leeds? Did he really shake hands on the job at Brighton and Hove Albion then take the Leeds job whilst holidaying at their expense? I know there are times, in the world of film, where editing is needed to fit a time frame but for me some of this film was edited to portray Mr Clough in the wrong light.

What I can say about this film is that the casting was very good when it came to resemblances; Michael Sheen does look like a young Brian Clough but the best is Colm Meaney as Don Revie, Leeds’ former Manager who resigned so he could take the England job (probably the most overlooked manager that had the role with three unsuccessful years) 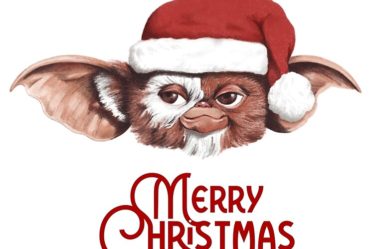 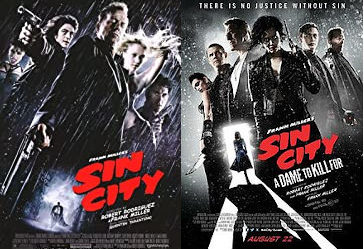