As discussed before John Carpenter’s film The Thing, along with the 2011 prequel, were a remake of the 1951 film The Thing From Another Planet. Therefore all these are based on the novella Who Goes There? (hence the title of this review) by John W. Campbell Jr. I’m sure in my original review regarding the John Carpenter film and it’s prequel I think I promised that as soon as could get hold of the original film I would bring you a new article. Well, here it is…

All in One Film

It is interesting to think that the events that took place over two films, adding up to 230 minutes in total, were able to be told in the space of 83 minutes back in 1951. OK, so not as much happened in the original film but that’s something I will come to a little later on. What I’m trying to say is, the events we see in the 2011 prequel of The Thing happen with in the first hour of The Thing From Another Planet and the rest is what we see in the 1982 film.

Image of the Creature

As film-making has moved on throughout the decades, it seems to have become a trait that not seeing the monster in horror films creates more suspense and fear (unless you’re M.Night Shyamalan). This is the case in the latter The Thing films which I think is possibly benefited by the following section however, in The Thing From Another Planet this is not the case. It may be a scene or two after it escapes from the ice but we still see the creature and for me it’s a little bit Hammer Horror-esque. That’s not a criticism but more a statement on the way the creature moves and the step of its entrances.

Having now seen the original film, I wonder how much of The Thing is from the book and how much is John Carpenter’s creative licence. Of course, we see in both the 1982 and 2011 films that encounters with the creature result in death but it’s not as clean cut as that because we don’t automatically know that these characters are dead due to ‘the thing’ taking their form. I also can’t deny that, in comparison to the original film, there are a lot of deaths over both of these films. In The Thing From Another Planet there are only two (not including the deaths of the sled dogs) and they take place off-screen.

I’ll be honest, I didn’t decide to write this article to say which is better. Instead, I wanted to take the time to watch the original 1951 when I had the opportunity and compare the way the stories were told. Obviously I can’t say who is closer to the novella because I have never read it but you can see they are clearly telling the same story but in reasonably different ways. So, I’m going to sit on the fence with this one and tell you that I enjoyed both of them 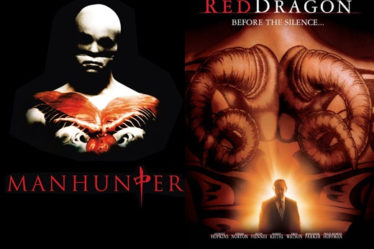 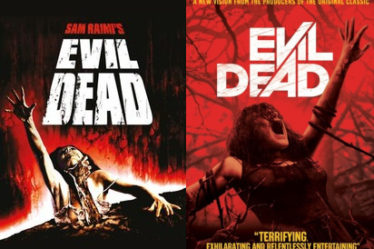