Get Out of the Water

This is probably going to sound like something out of the Ministry of the Obvious, but a lot of horror films simply base themselves on the common fears of humanity. This is something I have decided to look into further and write more articles about – starting with one that I share with I don’t know how many people, and that is the fear of open water. Honestly, give me a swimming pool any day!

This film is among the many that prove we are masters of our destruction! Piranhas, like sharks and crocodiles, are one of the deadliest creatures that possibly wouldn’t hesitate to kill if put in the position where they had to anyway – and that’s without being tampered with by the military. Just like Deep Blue Sea, this film is another reminder that we should not mess with nature! Truthfully, we wouldn’t have a film if it wasn’t down to human error as well but I think that’s a fact of life with a lot of horror films.

What is great though, is that this film is such an easy watch that I was an hour into it before I actually realised. However, there’s one part that I’m confused by. I don’t know if this was added just for DVD release but when Paul and Maggie, our protagonists, visit the military test site – there’s some sort of mutated creature walking around watching them. For me, it has no relevance to the story and it’s never interacted with so it makes no sense why it is even there.

Can I just take a moment to marvel at the juxtaposition in this film between the serene beauty and absolute aggression in one creature? The opening of the film in no way sets you up for what goes on to happen. But once again, our protagonist brings what happens on himself by going after the killer whale in the first place! I actually feel for the orca because it’s a natural reaction. What you see in this film is actually a really common theme in revenge films – a man loses his wife and child, and goes on a rampage of revenge. Just this time it’s an orca instead of a human.

This film actually annoyed me a little bit. For most of the opening, it felt like an advert for surfing in Mexico. It felt as if the film had been on for about an hour before the shark was actually introduced but maybe that is because it dragged on for so long. I’ll give it this, when Blake Lively’s character of Nancy is attacked by the shark (technically the one and only time, because she spends the remainder of the film on a rock), you don’t see the bite happen but the shot begins to turn from blue to red so you know that clearly something has happened. I want to know why it gave up on her more easily than its other victims – did Nancy not taste as nice as the men? Also, don’t get me started on the slo-mos. They were so pointless. They tried to turn it into more of an action film towards the end but it just looked terrible.

You want to talk about a damn good opening scene? This film gives you that. When the crocodile attacks the buffalo that dares to put even a hoof into the water, it looks real! I will probably sound like a terrible human right now but when everyone gets trapped on the little island (which turns out to be the perfect killing ground), I was more worried Kevin, the dog, was going to be the first of the group to be eaten. If I haven’t mentioned it before, I have more empathy for animals in horror movies than I do people. However, I think the way Everett’s death (or disappearance?) is filmed was so clever. One moment he’s there, the next he’s vanished and all we see is the crocodile’s tail vanish under the water.

I think so many films can learn a lot from this, because you don’t see the crocodile fully until about an hour into the film when it kills Allen (who totally deserves it by the way). The only unfortunate thing is that the CGI looks terrible.

Side Note: The fact that people like Sam Worthington (Neil), Damien Richardson (Colin) and Radha Williams (Kate) would have been well known names in Australia in 2007 – the fact that none of their characters are safe, I think is a credit to the director.

For most of this article, I looked at ‘sea monsters’ but now we’re starting on something a little different. What I loved about this film is how oddly beautiful the creature was made to look by making it bioluminescent. For me, it could very easily have been a giant jellyfish that had attached itself to the boat but the idea of a parasite at sea was genius – but then we know I love my isolation films. It reminds me a little John Carpenter’s The Thing, where in a way you don’t know who is infected until it’s too late. I’ll be honest, the first death caught me off-guard a little as it didn’t happen at all like I would have expected it to.

See, I’m sure when you see this title you won’t instinctively think water because an anaconda is a snake but this fits surprisingly nicely into this article – as it is a semiaquatic snake. For a film made in 1997, you would expect the anaconda would look worse but I genuinely think it looks better than the crocodile in Rogue, that is until the moment you see it underwater after swallowing Gary whole (wasn’t complaining, he’s played by Owen Wilson). I remember watching this film for the first time when I was a teenager and thought it was absolutely terrible but watching it again, it’s definitely better than I remembered. It even subverts the age-old trope of the black guy dying first. Three cheers for Ice Cube! 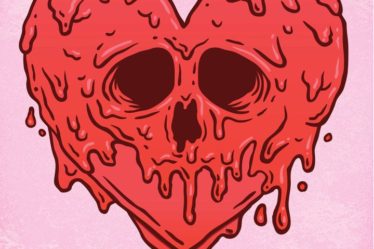