For those of you who have been reading these articles, I am sure it has become pretty apparent that horror is my favourite genre. Well, superhero films come a very close second – especially with the rise of the Marvel Cinematic Universe. Now, obviously everybody knows about DC, Marvel and to some extent Dark Horse comics and the subsequent films made about these superhero characters but there are a lot of superhero films that do slip under the radar. Below is just a few of those that I could get me hands on…

I want to get this off my chest first and foremost. This is not a completely bad film because the plot is reasonably good. However, the acting is terrible (and that’s quite frustrating because there are decent actors in it), for some weird reason they use CGI and miniatures A LOT for the set and the special effects are awful. The opening of this film is actually pretty good and really does draw you in but it is rest of the film that lets it down – especially as I think they ended it later than may be they needed to, but then I’m not exactly one for happy endings. I also feel like this is trying to be Sin City but just isn’t hitting the mark at all.

If you’re ever in the mood for a little bit of a laugh, this is a film for you. A lot of people would probably say this is more of a ‘vigilante film’ than superhero because no one has any genuine powers (at least not on first meeting…) but then that isn’t any different to Iron Man or Batman and people consider them superheroes (so clearly money is a superpower…). For me, Captain Amazing is the first incarnation of Homelander from The Boys but I realise that will probably only make sense if you’re aware of both characters. Now, I’ve said it several times that I don’t have a favourite film and that’s because I think the definition of that is a film that you can watch without having to be in the mood for it, and for me this film ranks among the few that I can do that with.

Say hello to your typical, low budget 80’s film. The acting is weak and cheesy, and it even follows the usual 80s horror film plot line – geeky boy gets bullied, prank goes wrong and he’s believed to be dead until he comes back and kills the people who did him wrong. However, it has the superhero twist that our lead character takes his new found strength and uses it to protect the people of Tromaville. They say heroes don’t kill (unless you’re Batman or the Green Arrow) but this one definitely does and in some pretty gruesome ways – but they always deserve it.

So, I haven’t watched this film probably since it came out back in 2005 – so I was about 13 years old. Weirdly, there were parts I actually remembered. I knew instinctively not to trust Gwen (you’ll see what I mean when you watch it) but I don’t know if I remembered this or if there’s just something about her and the way Mary Elizabeth Winstead plays her but she definitely had my Spidey-senses tingling. I remembered it being this cheesy, soft film but it turned out to be a better film than that. I would describe this as a ‘coming of age’ superhero film, as it does have those usual cliches of the teen film but made better by the superhero twist.

I don’t want to refer to this as a forgotten superhero because I had never heard of it, meaning it may not have been released in the UK. For those who are really into Italian cinema, they might have heard of this before but I feel like some light really needed to be shone on this film. From the way it is filmed, when Michele turns invisible, to the story line – I absolutely love this film. If you’re all good with subtitles and love a good superhero film – this is for you.

Really want to talk about a forgotten superhero film? This film came out in the same year as Kick-Ass but how many us actually remember it because I sure didn’t. I don’t think I had even heard of it until I decided to formulate this article. Brought to you by the amazing mind that is James Gunn (who later gave us Guardians of the Galaxy and The Suicide Squad), this film actually isn’t that different from Kick-Ass so that might be why it slightly went under the radar back in 2010, for me anyway. Well, by that I mean that it is an average person taking on the mantel of being a vigilante – because you know, Tony Stark and Bruce Wayne aren’t exactly average men in comparison to these guys. Also, it’s like everything goes wrong for Frank. Everyone seems to figure out he’s the Crimson Bolt and he makes the papers in a bad way instead of a good one like Kick-Ass does. In a way though, that is truer to the superhero story – they are usually looked upon as the scourge of the city at first instead of a hero. 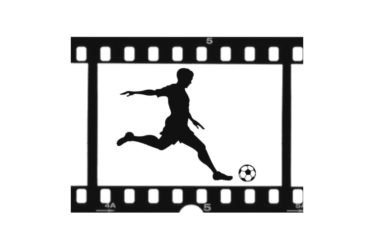