When I first watched Cube, I put it up there with being as good as Saw. Maybe not as clever but I definitely enjoyed the concept in the same way. I’m probably going to repeat myself later on but I don’t think the prequel stood up to the standard of the first film – but that can happen a lot I’ve noticed…

There seems to be a symptom of prequels where, because they are made after the original film, they contain similar scenes but little bits of information within them are changed. I talked about this sort of thing already when watching Ouija but let me explain what I mean. The final scene of Cube Zero shows Eric Wynn, our main protagonist, having been placed in the Cube. His cognition is debilitated so much so that the other people with him believe him to be mentally handicapped. His fingers twitch and he keeps repeating “This room is green, I want to go back to the blue room”. About 25 minutes into Cube, we have a very similar scene when Kazan falls through one of the doors – again, hand twitching and repeating the same sentence.

This begs the following question….

I get that I am mainly basing this theory on a single scene but it seems very strange to me that they have kept them so alike. There’s something else as well. We find out towards the end of Cube Zero that Kazan has a ‘super brain’ as he is able to calculate the factors of the co-ordinates of each room. This again points to the idea that they are the same person as Dodd who?? refers to Wynn as a ‘prodigal child’ because he’s so good at chess. We also get to see exactly how Wynn’s brain works when he enters the Cube voluntarily and calculates the layout of the rooms as well as which way to go in order to find Rains. So, this truly begs the question – why not call him Eric Kazan in Cube Zero instead of Eric Wynn?

More than One Cube

I’ll be honest, if it wasn’t for the in depth analysis above, I genuinely would have believed these films could have been happening at the same time. There is no chronology between the two films and it is even referenced in Cube Zero by Wynn that there could very easily be more than one cube. The only similarity is that the cubes are the same size (well, if it ain’t broke, don’t fix it?). The doors are different, the rooms even look slightly different sizes compared to those in Cube Zero but then this could be put down to a production thing instead of them being 2 different Cube facilities. Additionally, instead of letters between each room, they are numbered co-ordinates.

As I mentioned, there is no real chronology between the two films – we don’t know the time difference between Cube Zero and Cube. If I am right that Kazan and Wynn are supposed to be the same character, we get the feeling it may be a few years but there’s no way to be sure. Anyway, there’s something I noticed when watching these films – in Cube Zero each of the ‘inmates’ have barcodes on their hands but these are gone by Cube. Could this mean the process has changed? Or was this just an addition for the prequel that may be they thought no one would notice?

For me, I think because the prequel slightly comes across as little bit of a ‘behind the scenes’ take on Cube it slightly ruins how good the original concept was. I’m not saying it’s a bad film, because they are both pretty good in their own way but I just feel it takes something away from the franchise as a whole. 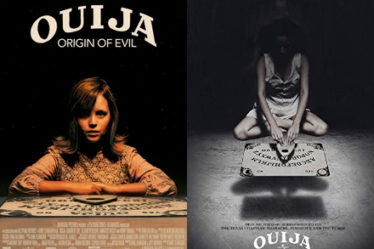 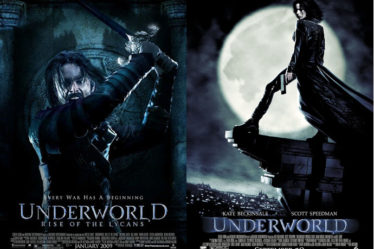