Home Before They Were Marvel-ous Heroes Magik AKA Anya Taylor-Joy
by LeoLovesJuly 8, 2022May 28, 2022

I don’t know if the title of the article will be confusing to people who have seen The New Muntants because not having seen the film yet (annoyingly!) I’m not sure if Anya is ever referred to as Magik or if it is continuously as Illyana Rasputina. When you look at the comic book drawings of Magik, I really think that Anya a great choice.

I want to start off by saying how rare it is to find an American actor or actress that can do a passible English accent and to her credit, Anya can (but this could be because she lived in London from the age of 6). What’s great about this character is how she uses that expressive face of hers more than her actual words it seems. For example, the scene where her younger brother Sam is taken – for me, we didn’t need to see the empty blanket to know that he was gone. It is written so well across her face that the scene could have automatically changed to her running through the forest shouting his name. This being her first major acting role, I think Anya was amazing in this film because you feel sorry for her character of Thomasin and end up really surprised by the ending.

So, we know this is a fictionalised version of Obama’s college days. I’m sure it’s based on some truth but obviously we don’t exactly know how much. Take Anya’s character of Charlotte, for example, we don’t know if he genuinely did date a white girl during college or if her character is supposed to be a tool to begin the racism side of the storyline. We know that in the 80s people still weren’t OK with a black man dating a white girl – hell, it still wasn’t OK in some people’s eyes over here in the 1990s/noughties.

I didn’t understand this film completely when I saw it in the cinema when it originally came out. To be honest, I’m not going to pretend that I completely have a handle on it now but I think I’ve finally got the gist of it. Don’t get me wrong, I understand the plot of scheming to kill the stepdad but I think the addition of Anton Yelchin’s character slightly overcomplicated the story. I say this because, when you look at how the film ends, his part seems to become unnecessary. Especially as I think her character has already decided to frame Amanda. Anyway, I think when you look at the character composition you start to realise that maybe Anya’s character of Lily is a more broken than Amanda but she is much more of what people would maybe describe as a high-functioning sociopath. The reason I say this is that at least Amanda is open about who she is and her lack of emotion, whereas you see Lily is still hiding. What I am about to say can work for both actresses but obviously Anya is the main focus of this article. The way she is able to display the minimal amount of emotion throughout the film when her mask drops around Amanda changes her whole demeanour.

Outside of the films mentioned, Anya had actually done very little before starring as Magik in The New Mutants. Amazingly one of my favourite films of hers was Split which was directed by M. Night Shyamalan, who I don’t completely rate as a director. Truthfully this may be because of her co-star and leading actor James McAvoy but I think she was great all the same. Unfortunately, I have not had the opportunity to watch its sequel Glass. She has even played a classic literary character in Emma, funnily enough playing the lead role. 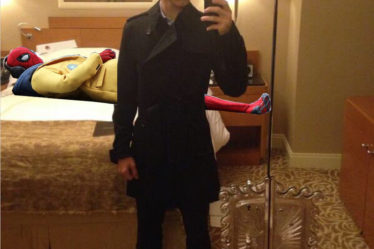